For over 50 years, Winston Jenkins has been imbedded in British industry and at the center of Wall Colmonoy Limited (UK).

Winston is a stalwart of traditional engineering and trained in the “old ways” of traditional manufacturing. Recounting the days of his early apprenticeship to watch and clock maker S Smith, he remembers a time when everything was done manually. “We had to be so so precise, the parts were so small we had to project them up on the shadowgraph 500 times to even see the shape of the gear. It was unbelievable training… leaves everything standing now!”

Winston’s various roles at Wall Colmonoy have taken him to nearly every industrial site in the UK and Western Europe. Whether it is steel works, railway maintenance yards, cement works or petrochemical plants, Winston is at home in these places and is always finding ways to make equipment and machinery last longer. “I would look through the scrap bins,” he says as he laughs at his own audacity. By finding these worn-out components and getting to know the various industries, he built a significant business providing coated or refurbished Colmonoy® parts and filled the Pontardawe factory will pallets of components awaiting treatment. 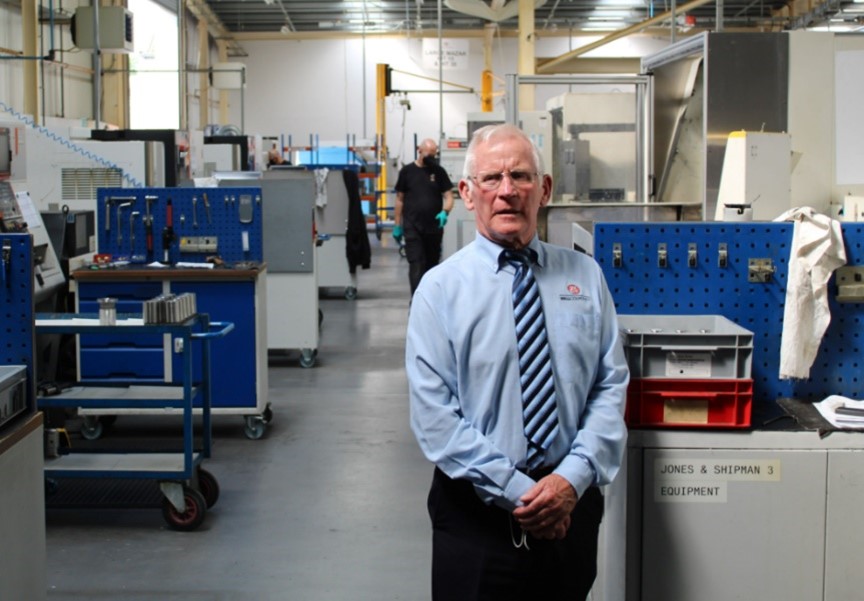 Start as a Works Engineer

Winston has been a driving force at the company since he joined in 1969 as the Works Engineer, which involved looking after all the engineering-mechanical, electrical, machine shop and the processing division.

There from the Beginning Setting Up Alloy Melting, Castings and First Vacuum Braze Furnace

He was instrumental to the set-up of the company, and he had hands-on involvement in many of the company’s early initiatives. “My task was to set-up the factory for alloy melting. They had me design and build the first 3-phase ingot furnace which they could then make ingot to start the process of making powder”.

“We actually built the first Brazing Vacuum Furnace in the UK! We had a drought that year and when we dug down to pour the concrete, we hit the old River Tawe bed!”

Winston was also involved in setting up the Castings business. The first castings that were produced at the site were plungers for the glass industry. These had to be designed the old-fashioned way, using a copying lathe. Then the finished plunger went into a flask to make a mould. The copied plunger template was then inserted into the centre of the aluminium mould body, molten Hoyt metal was poured into the mould, and the plunger template was then removed after the Hoyt metal has solidified, leaving a copy of the Plunger in the mould.

Wax was then injected into this mould cavity to produce the wax impression. 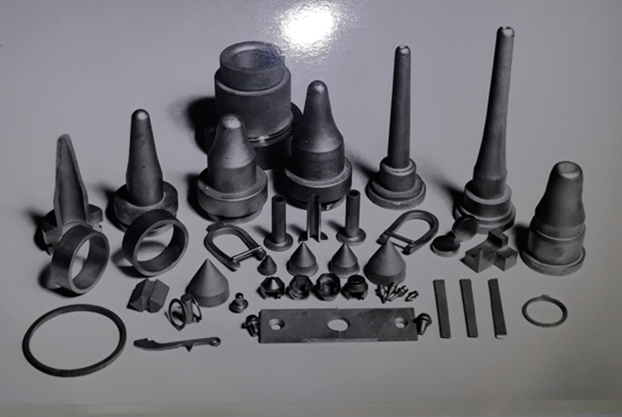 Glass plungers and other glass components produced in the 1970s

Eventually Winston became involved in the atomisation side of the business. He remembers using a long water shotting tank:

“They would pour the molten metal into a jet of water and the process would produce alloy shot that sank to the bottom of the water tank, as well as “floaters” which were hollow balls of metal. I remember the old fashioned locker screens, elutriators and magnetic separators… all much different from the advanced equipment we have now.”

Going back many years, Winston developed strong links in the rail industry and was a well-known figure to all the railway maintenance yards. In the 1970s, he established a healthy business refurbishing rocking collars, buck eye couplers and a range of Axle boxes. As many as 25,000 boxes were refurbished for the teams servicing the High Speed Train that ran from London Paddington to Bristol Temple Meads.

Starting in the 1970s, Colmonoy® 5 was the preferred alloy for hardfacing of shutdown gates on the Christmas Tree Valves used in the subsea installations of all the major oil companies, such as Cameron, FMC and McEvoy. This business lasted for nearly 30 years and was a major contributor to the company’s growth. Winston has many a jet-setting story of going off to meet with oil executives during this booming period of Wall Colmonoy history. 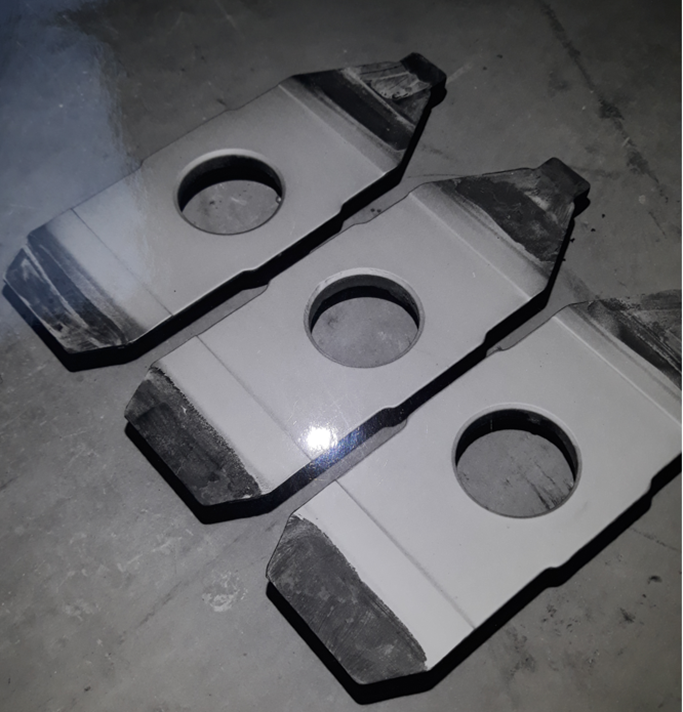 He also spent a part of his career working closely with the Aerospace industry, growing the company’s business in brazed Aerospace components. Winston faced an uphill battle trying to achieve accreditation but managed it by working with friendly sponsors at British Airways. This role took him across the world from the Middle East to Australia and Asia. Now, the Aerobraze site at Pontardawe is Nadcap accredited for Brazing/Heat Treating and Welding, ensuring Wall Colmonoy is still a center of expertise for aerospace brazing.

Steel Industry Stalwart
As a regular visitor to local steel plants, Winston is well known to many of the engineers. Winston has a nose for cost savings and is always finding new ways to extend the life of the steel-making equipment. The steel plant is still one of the places Winston is in his element. He places enormous importance on getting to know the engineers and understanding their challenges.

These days Winston is excited about 3D printing. “If you can see some of the stuff they can make now it’s unbelievable!”, he exclaims. “We’ve come a long way from where we were!”
Winston’s energy and excitement are a mystery to his colleagues. “He has twice the energy of someone half his age!”, remarked a senior manager. He still takes a swim at the local pool every morning, and if you ask him his health secret, he will admit that he lives on frozen peas and curry! Still going strong at 80, it’s clear Winston’s enthusiasm for and enjoyment of industry drives him forward. Chairman & CEO Bill Clark described Winston as “vibrating” with enthusiasm and paid tribute to his role in the development of some of the company’s innovations such as WallCarb™. Wear protection is in his bones and he still enjoys providing answers to industry problems: “It’s meeting the other engineers, understanding their challenges and the excitement of being able to provide a solution!” 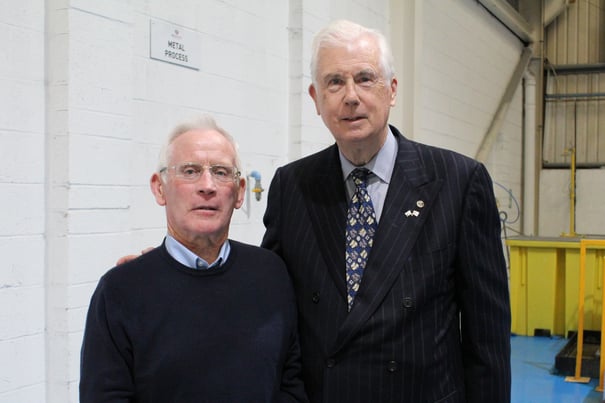