The common solution against erosion wear in many applications that involve slurry or silt is the archetypal two-part blended NiCrSiB plus Tungsten Carbide applied by Spray & Fuse: FusewelderTM Torch, SpraywelderTM System, PTA or laser cladding systems.

However, these solutions often fail prematurely because the supposedly protective element, the tungsten carbide, is blended into the mix creating the two-part, two-phase deposit along with the matrix alloy (see Figure 1).

Protection against erosion is often better tackled using a single homogenous alloy rather than a two-part material whereby no large areas of less wear resistance are present. Colmonoy® 88 (US|UK) as an example, is a unique alloy because the alloy forms its own network of internally precipitated hard phases consisting of complex carbides, borides, and silicides which are closely spaced (see Figure 2). When the spacing of wear resistant phases is smaller than the diameter of the erosive slurry or silt the wear mechanism can be much more favorable than the conventional NiCrBSi-tungsten carbide composite blend. 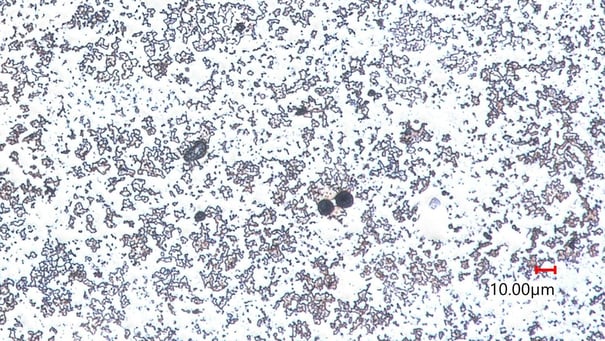 Have a question on slurry erosion or want to talk more on Colmonoy® 88?